It’s back to Davy Jones’ locker for the crew of the recently discovered Franklin expedition ship.

Shortly after making the historic discovery of one of the long-lost Franklin Expedition ships on Sept. 9, Arctic archaeologists subsequently stumbled upon the existence of the ship’s 26 original crew members a couple of days later. After transporting them back to Ottawa for a debriefing, the Conservative government did their best to help transition these men into the 21st century world.

Prime Minister Stephen Harper has ordered the ship’s crew to be re-sunk after the former crew members came out in support of Liberal Party leader Justin Trudeau last week.

Harper’s move is an about-face for the Conservative party, which originally lauded the discovery of the Franklin ship and crew to be among Canada’s greatest achievements, along with the 1926 prime ministerial term of Arthur Meighen, NAFTA, John Diefenbaker’s rugged handsomeness, and the Gomery Commission.

“I’m not sure Canadians can really trust these people,” said Martin LeDuc, director of opposition research, noting that crew members had spent most of their living years outside of Canada and were just visiting the country on their way through the Northwest Passage.

LeDuc was also quick to point out the fact that they also spoke English with a funny accent and have spent the last 169 years “in way over their heads.”

When asked how they would sink the nearly 200-year-old crew, officials from the Prime Minister’s Office (PMO) said they would simply cut the crew’s funding.

Meanwhile, the Liberal Party was thrilled with the endorsement from the Franklin Expedition crew, believing their support will bolster Trudeau’s foreign policy, Arctic sovereignty, and really, really old-age security.

But the Liberals were disheartened to hear about the recent fate of the Franklin crew, especially since their endorsement could have garnered a potential electoral boost.

“We were very excited about the prospect of making inroads in the voter-rich sub-Arctic region,” said Liberal strategist Laura Martin. “Now that the Franklin crew is being taken out of the game, Justin will need to make a connection with another group that really knows their way around the North Pole.”

Scientists across the country were highly skeptical of the crew members’ existence and had hoped for the opportunity to examine some of them to determine just how it was they managed to survive submerged in Arctic waters after all these years.

“It would have led to some groundbreaking research,” said a University of Ottawa scientist who wished to remain anonymous out of fear that the government might realize they were still providing her with minor funding. “But unfortunately the PMO has made it very clear that asking questions about matters of science is simply un-Canadian.”

Reports indicate the crew is not pleased with their forced return to the Arctic depths after their long overdue shore-leave. However, a spokesperson for the group said that rising water temperatures have made Arctic sea living bearable for the past 20 years.

The crew themselves could not be reached for comment after rumours of their fluency in Russian spread throughout the parliamentary press corps. 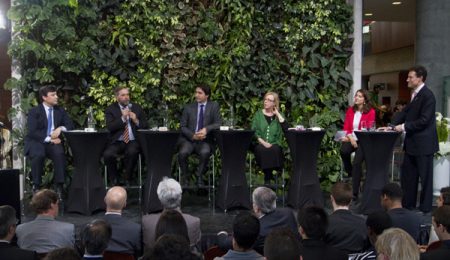